The modest charm of design. Why is furniture from Italy so popular?

The post-war years were very difficult for the Italian furniture industry. Factories produced mainly classic-style interior furnishings, which were of little interest to the public. In addition, Scandinavian design began to gain in popularity, which led to an increase in imports, a drop in exports and, in general, to a decadent mood. But Italians are not capable of doing anything bad for a long time - open to experimentation, they took a risk and created a new aesthetic.

'Creation of the World'

In the late 50s, Tito Armellini proposed organizing a furniture exhibition that would inspire Italian manufacturers and bring them together with architects. A few explanations are missing here. Firstly, Tito was the then director of the Italian Federation of Furniture and Woodworkers, and therefore a person of authority. Secondly, the idea was given to him by Joe Ponti (the author of the 'Superlight' chair). And most importantly, it was Ponti who insisted that factories need to collaborate with architects. At that time only Cassina could boast a designer's approach to production. This is how, in 1961, Ponti and Armellini gave birth to iSaloni Milano, which today is considered the most important interior and object design event in the world. 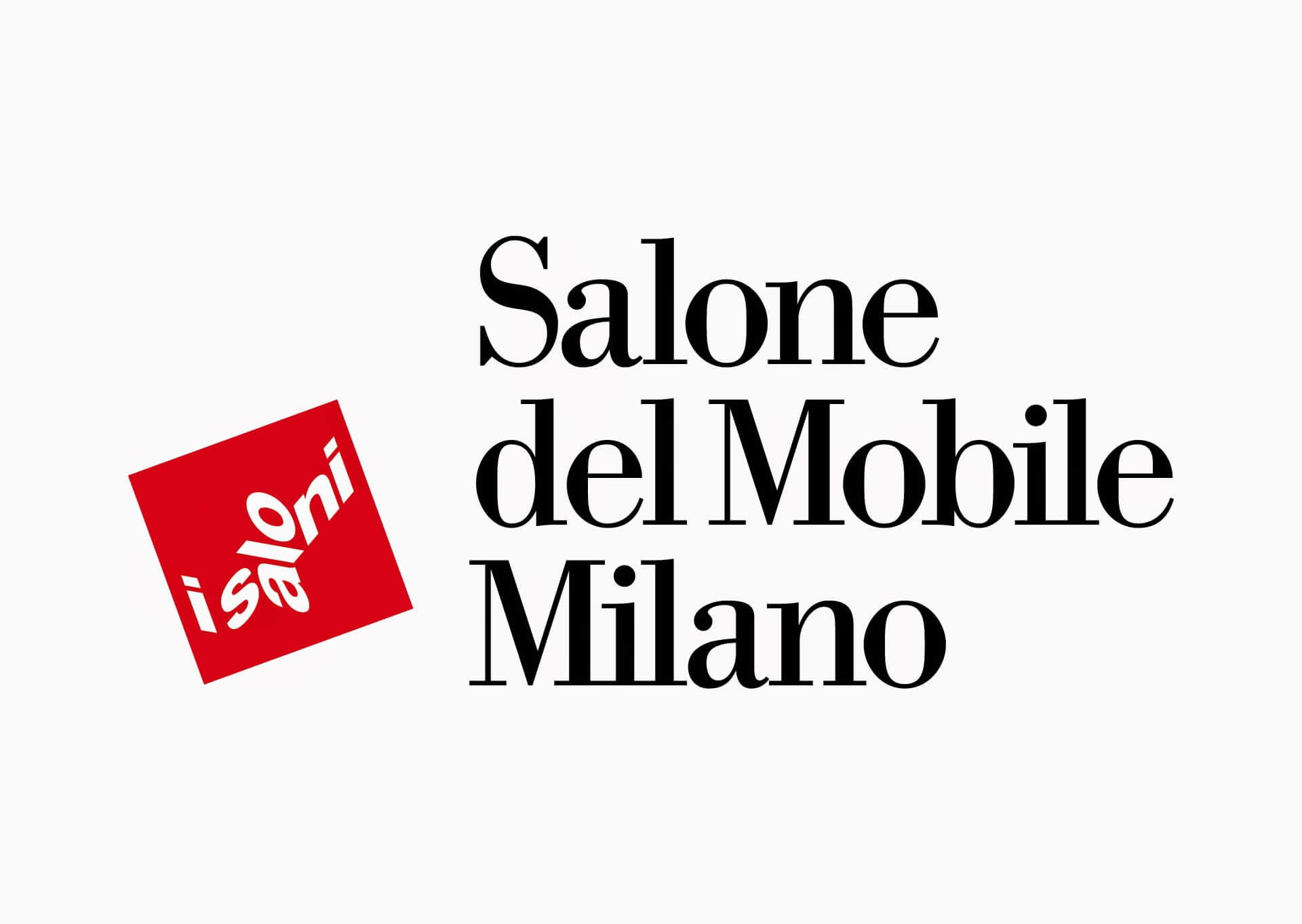 The Milan salon did not immediately eclipse the other world exhibitions, but its international importance increased every year. The only concern was that the majority of exhibitors continued to create traditional examples of furniture. Then the organizers allocated an entire floor for the achievements of modern trends. No other exhibition divided manufacturers by style, so iSaloni Milano immediately attracted the iconic Italian factories. Cassina, Pierantonio and Vittorio Bonacina, Saporiti, Arflex, Bernini, Kartell, Boffi Acerbis and others placed their latest developments on the design floor.

Since then, everyone has been talking about the progressive Salone Milano. Its participants, inspired by the success of the site, presented more and more revolutionary ideas. Italian design was ranked as an exceptional phenomenon, and Italian designers were recognized as furniture trendsetters.

Italian design can be liked or disliked, admired, praised and criticized. But all over the world you will not find a single person indifferent to it. In addition, the brand made in Italy is the benchmark for impeccable quality. Italian furniture makers have been famous for their craftsmanship since Roman times.

One can argue endlessly about the reasons for the popularity of Italian furniture. Some say it is because of the cheerful attitude of Italians, who do everything with love for beauty. Others attach great importance to the Italian passion for research. Both are right. By the way, with the advent of the Milan salon, many furniture manufacturers finally involved designers and gave them absolute freedom. The exhibition never ceases to amaze journalists and visitors with intricate forms, unusual materials and new technologies.

Indeed, Italian designers design expressive and provocative objects, but do not forget about functionality. A striking example is the Donna (or UP 5) chair by Gaetano Pesce, which follows the shape of a woman's body. A pouffe, a kind of shackle, is attached to it with a cord. In this way Pesce expressed his view of the woman - he considers her a prisoner of herself. 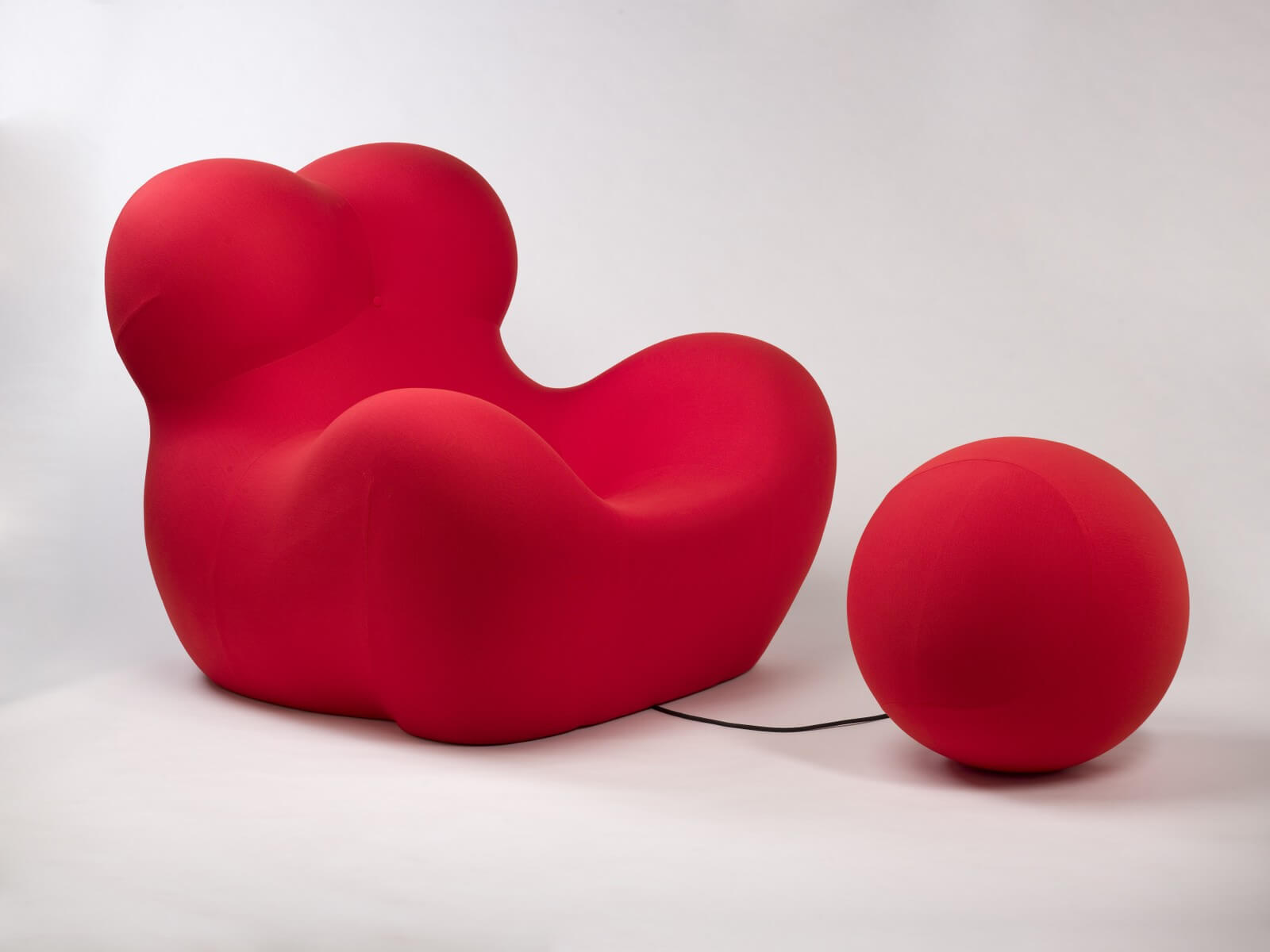 The Donna chair is made of polyurethane without a rigid structure, which allows it to be packaged under pressure and sold flattened. And it acquires its sensual shape when the buyer opens the package. By the way, Pesce himself says that the Italians owe their design success to Leonardo Da Vinci. He said it was he who created the tradition of innovation.

On top of all that, the Talians love irony as well. Ironic about themselves, about life's problems and about classical art. So in 1978 Alessandro Mendini designed the Proust armchair, designed it and immediately became a legendary designer. Mendini merely painted an eighteenth-century armchair using the pointillism technique, but it was enough to make the crowd fall in love with him. 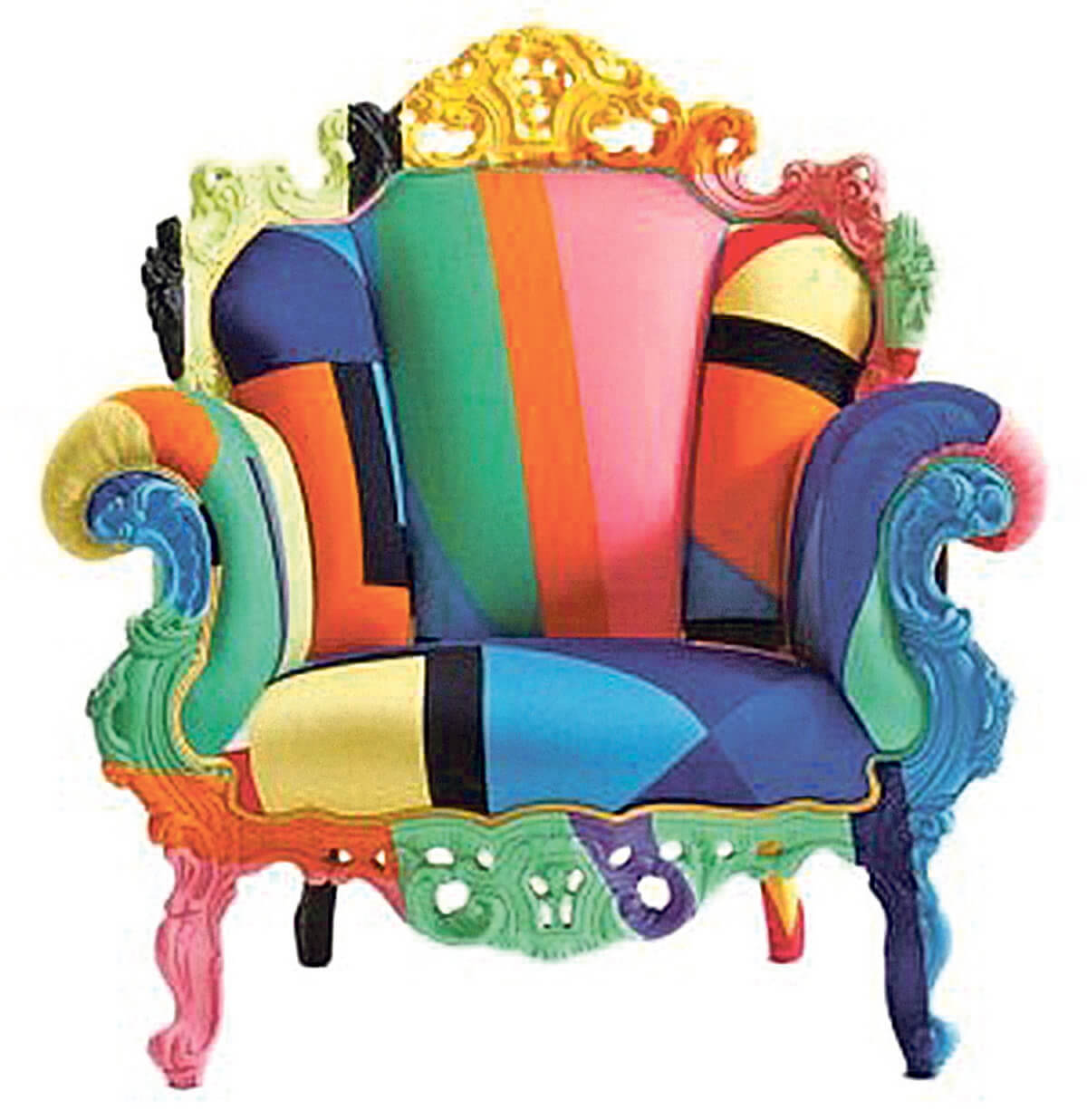 The names of Italian furniture factories are familiar even to those who are not interested in object design. The most famous among them is Cassina, founded in 1927 by brothers Cesare and Umberto Cassina in Meda. The flagship showrooms of Cassina are located in Milan, Paris, London, Tokyo and New York. The company uses the latest technology of production, while remaining faithful to the traditions of furniture craftsmanship. 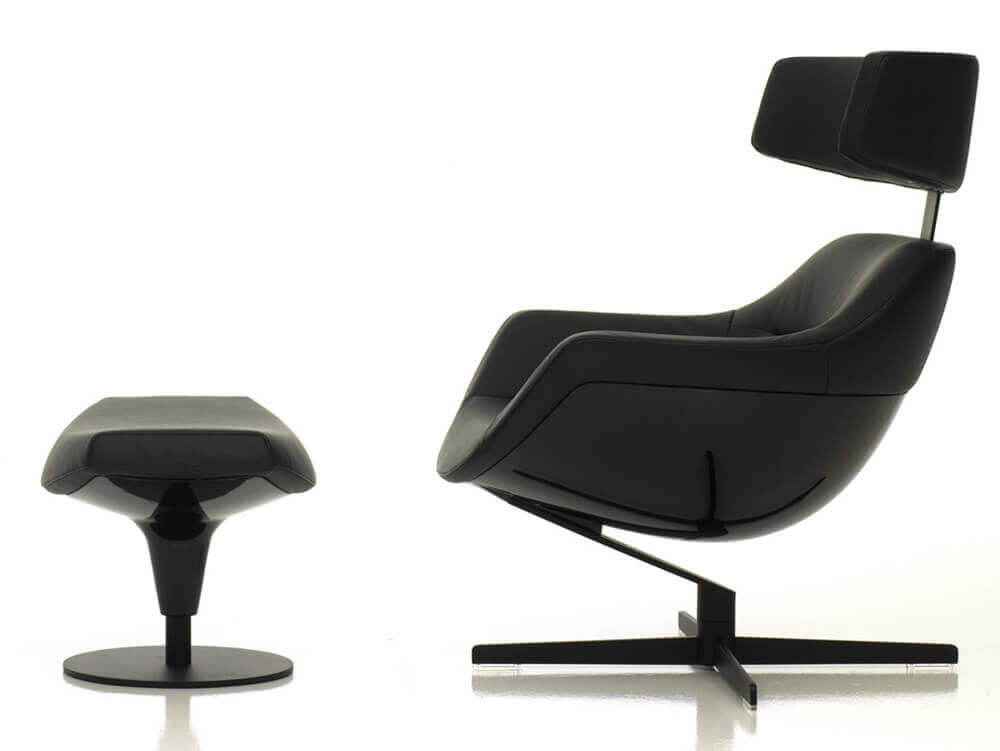 The Bernini factory has been creating stunning furniture made of natural wood for over a century. Its history began in the small town Libiola, where Gianbattista Bernini opened his small workshop. Bernini's business quickly evolved, and in the 30s his sons (who inherited the factory) moved production to Milan, and 30 years later - to the province of Brianza.

The furniture factory Tisettanta appeared 40 years ago, and since 1999 it has created a separate division, Elam. The Elam brand began under the leadership of Marco Zanuso and quickly became popular all over the world, including Russia. Elam produces modern kitchens that are distinguished by their ergonomics and unique design. 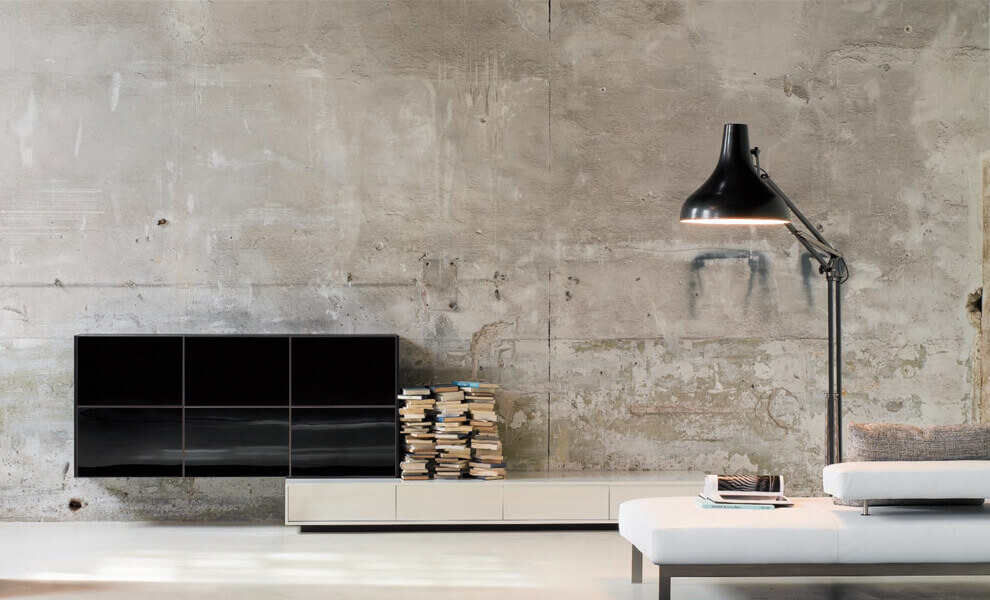 Giulio Castelli founded the 'plastic empire' Kartell in 1949 and at first produced only accessories for cars. Success came to the company not immediately, but Castelli believed in the uniqueness of plastic and continued to experiment with the material. The factory created household items for the kitchen, lamps and even children's chairs. Kartell's finest hour came in the 60's, when everyone went crazy and got addicted to artificial materials. The executives began to involve famous designers, and very soon the company earned worldwide recognition.

Whatever the Italians do, they always follow an innovative path - we believe that this is what ensures their position as a world leader.