Some modern architects try time and again to surprise us by offering their crazy imagination instead of clear aesthetics. They experiment with space, come up with absurd forms and fill the world with structures that provoke contradictory evaluations. In this review we have collected the strangest (and sometimes ridiculous) creations of architectural thought.

The Museum of Modern Art in Graz is called the friendly alien. That's because this dubious building with a biomorphic structure stands out against the red tiled roofs. Kunsthaus appeared here in 2003 as part of the program "European Capital of Culture". The authors of this architectural madness were the London architects Peter Cook and Colin Fournier. According to their plan, the avant-garde building should create a dialogue with the historical center of the city. The conversation turned out to be crooked, to be honest. 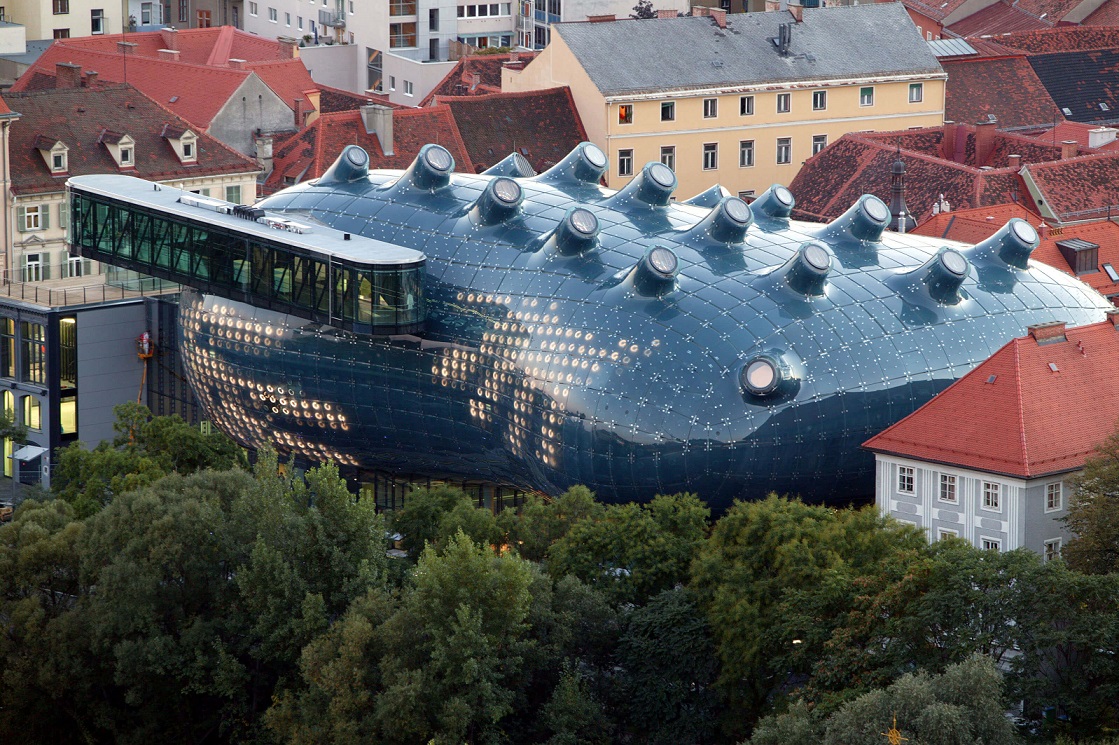 The offices in the ten-story center are shared by two banking offices - they obviously like the building's talking design, while we can't decide how we feel about the project. The image of a huge banknote is supposed to symbolize prestige and wealth, but maybe this time the architects overdid it? 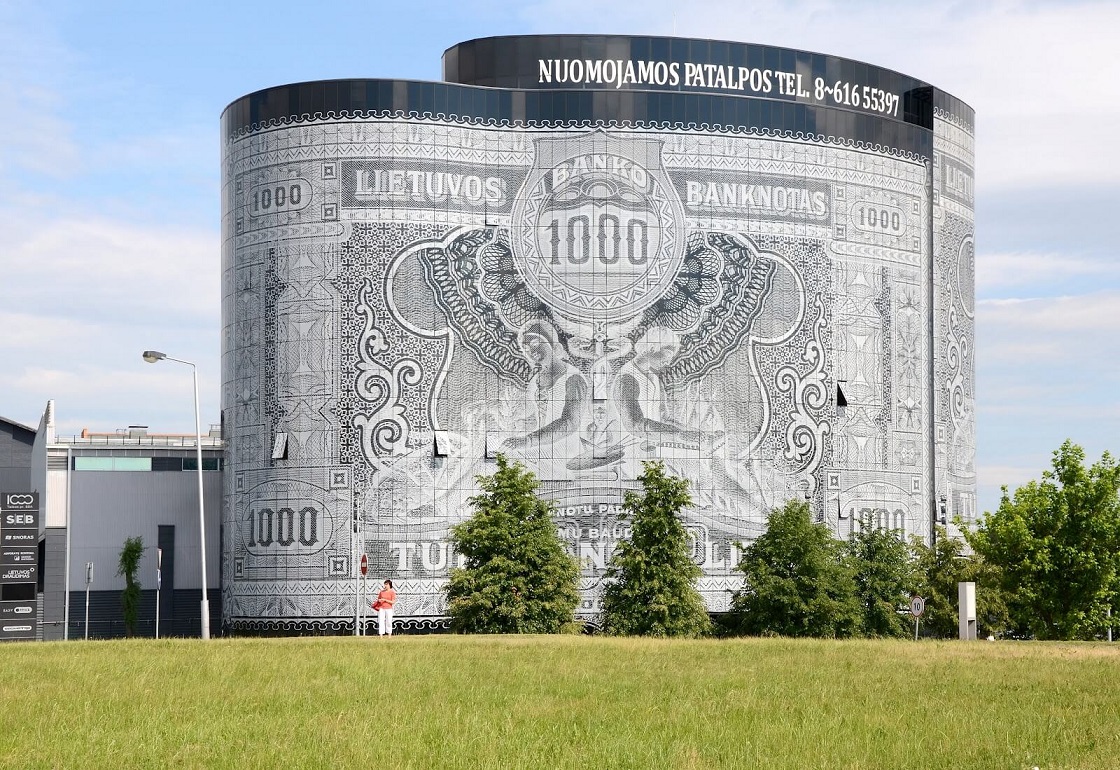 The first but not the last project on our list by the American deconstructivist Frank Gehry. The silhouette of the museum is so blurred and uncertain that we do not even undertake to compare it with anything! The surfaces of the building shine and shimmer like the body of an electric guitar - not the most ingenious metaphor, but easy to read. 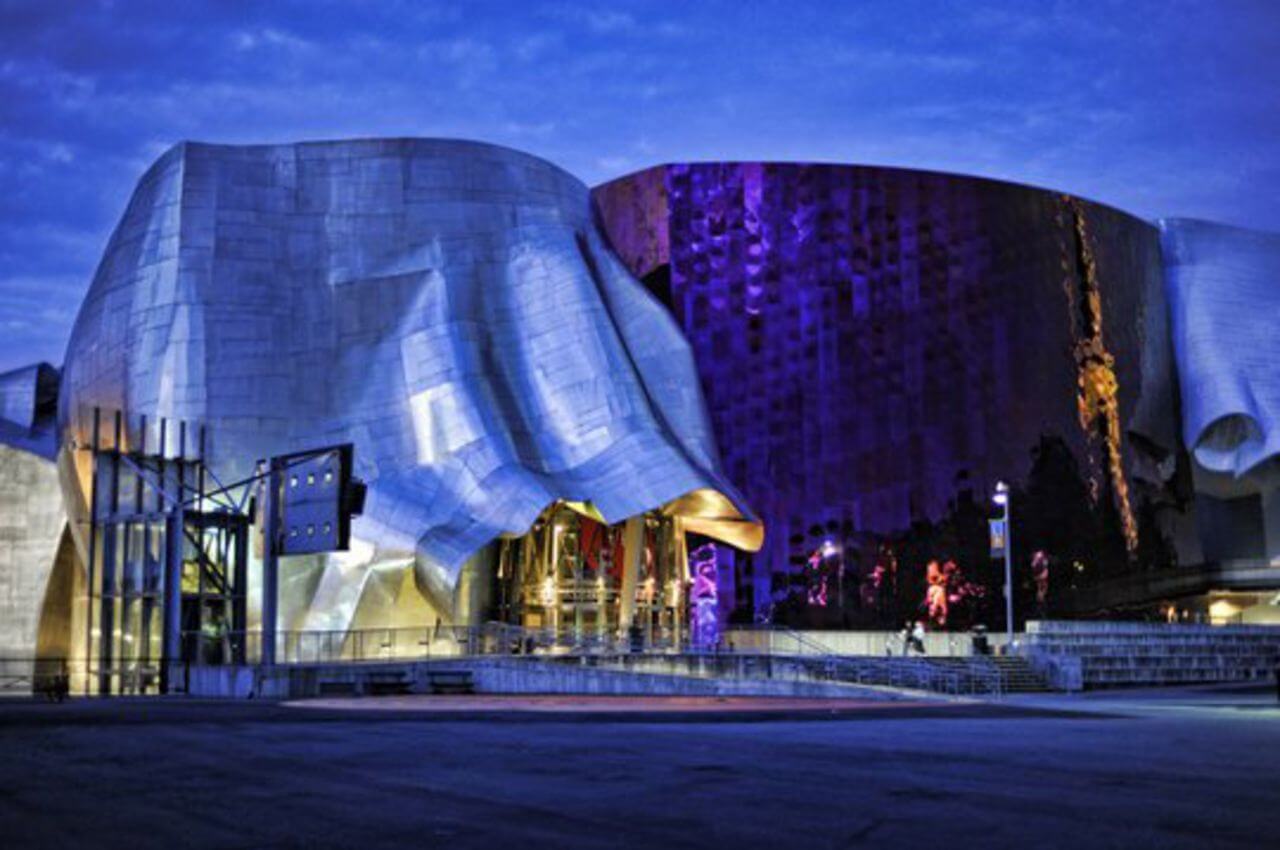 Surrealism is Dali. We love the artist not only for his paradoxical paintings, but also for the theater-museum in Figueres. This building cannot be confused with any other museum, because it was designed by the master of allusions himself. Eggs on the roof! Could anyone else have invented that? 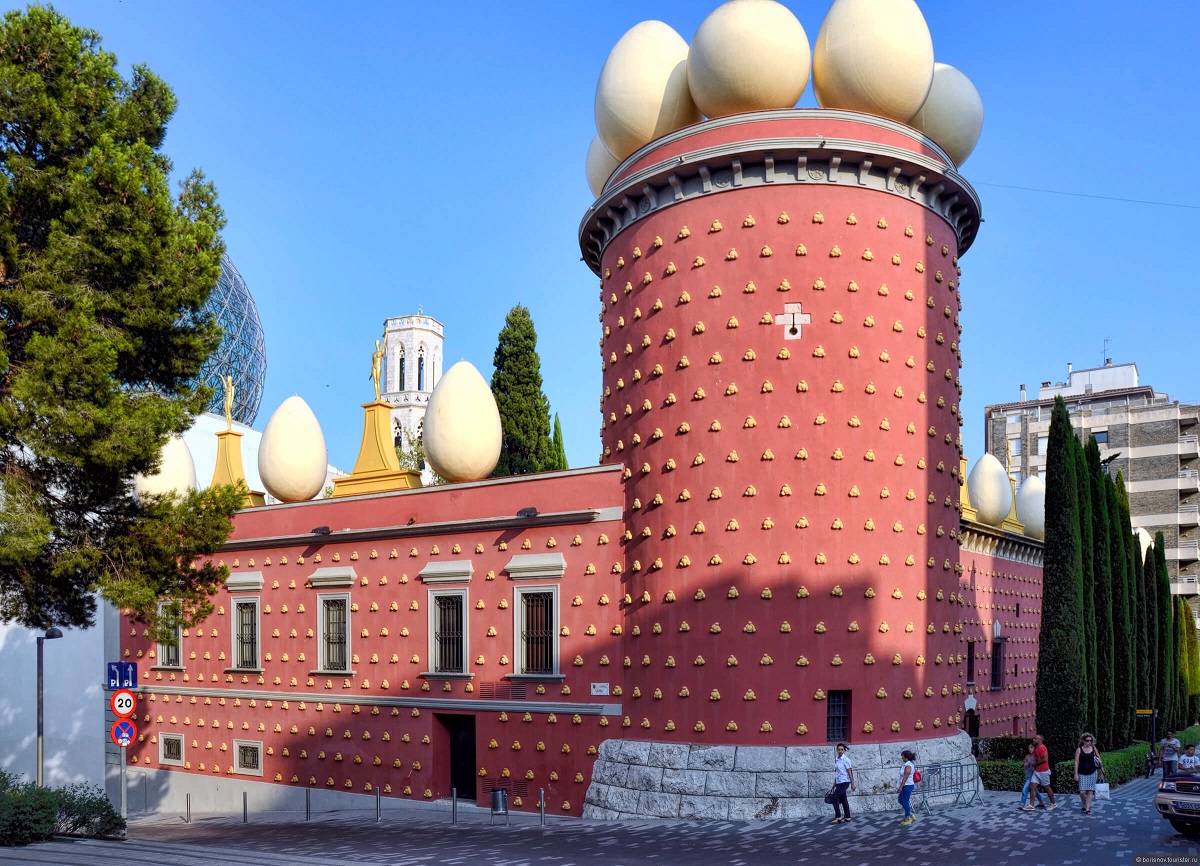 Frank Gehry's next project is just an office building, but it is known as a European landmark. It is often called "Ginger and Fred," an architectural compliment to one of the most famous dancing film couples of Hollywood's Golden Age. 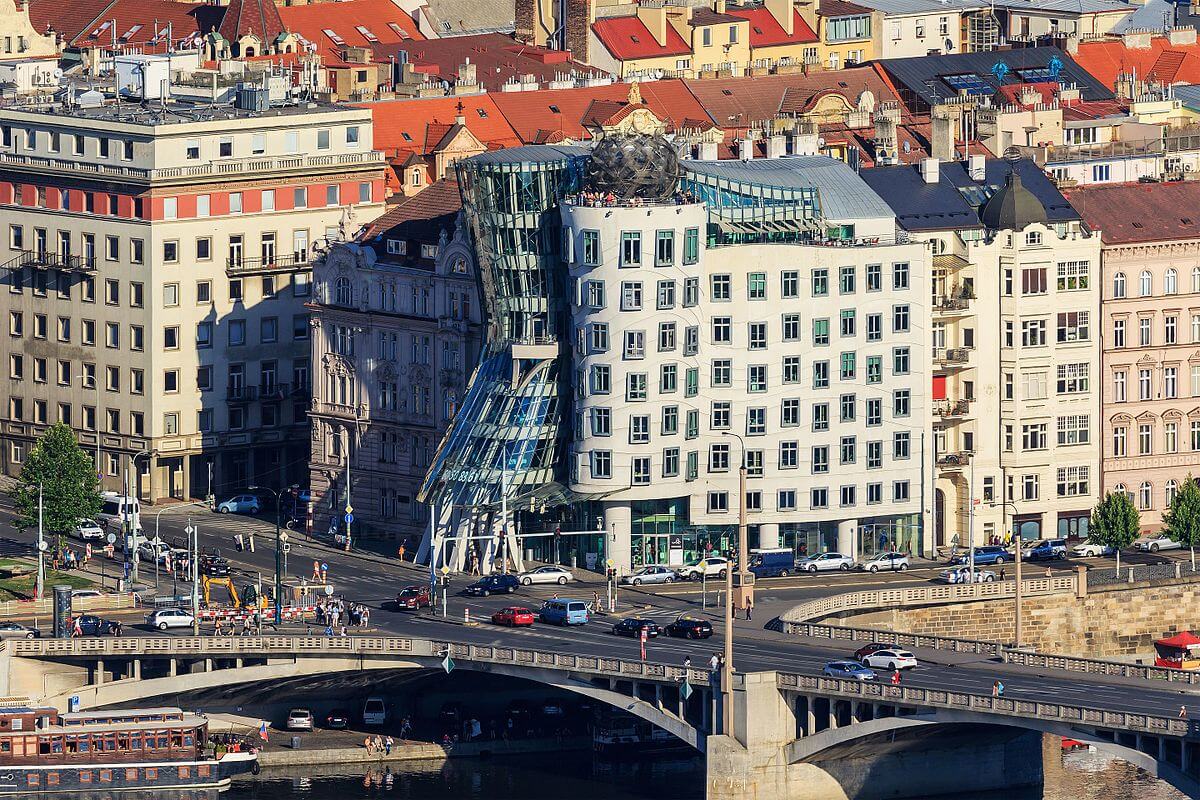 Longaberger's office is a seven-story, $30 million basket. In fact, that's how straightforward the firm stated its work: it produces wicker. The architect of the project is Nikolina Georgievsha. We can imagine the difficult design challenges she faced. 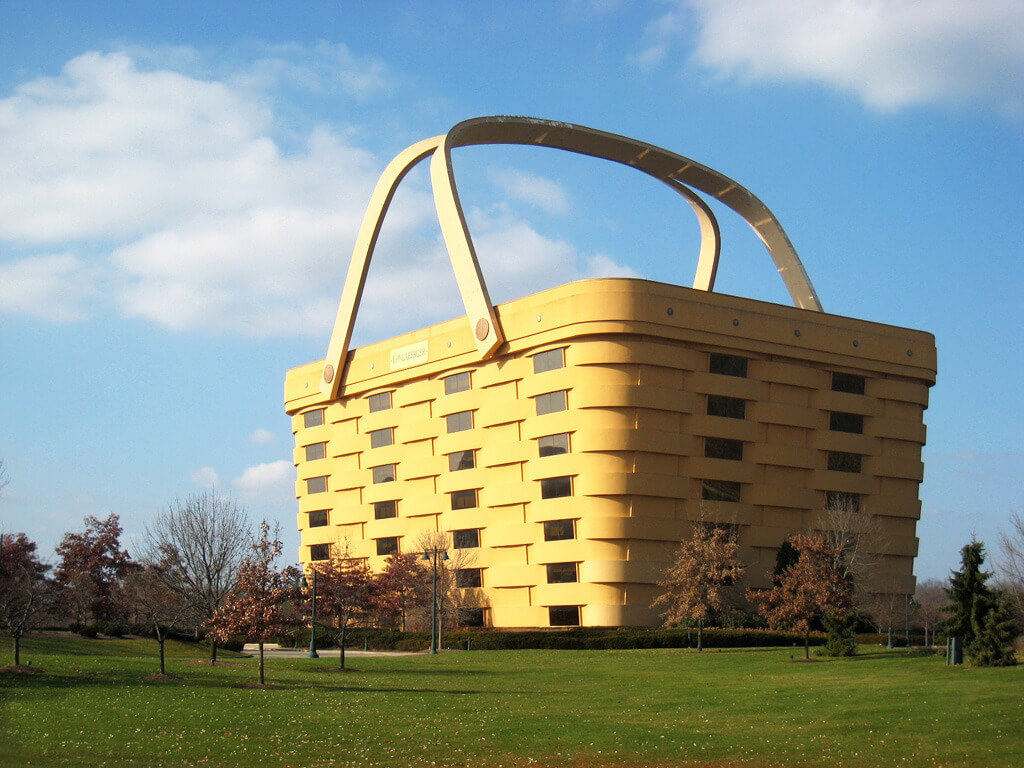 The Belarusian diamond was polished for four years - by the way, the money for the construction was collected by the whole country. Now the National Library is ranked as a unique architectural structure, although the aesthetic appeal of the building is still controversial among Belarusians. 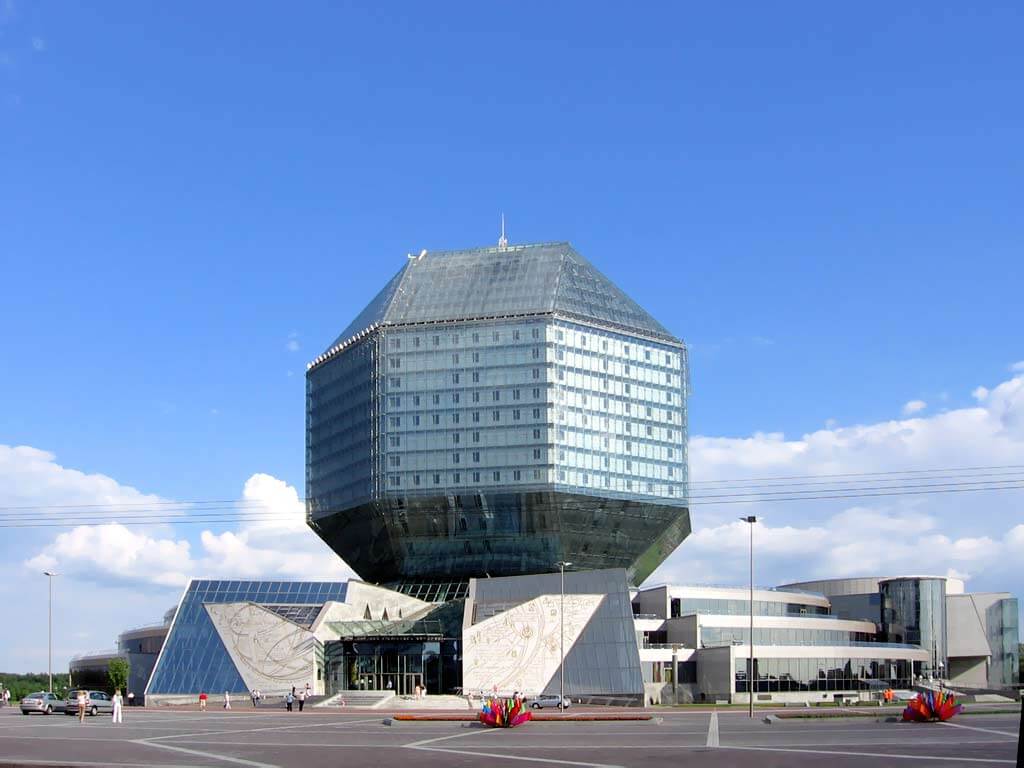 The tallest teapot is located in the Chinese city of Jiangsu, it houses the Wuxi Wanda Exhibition Center. The architects explain their choice of shape by the fact that the clay teapot is a symbol of the Celestial Empire. 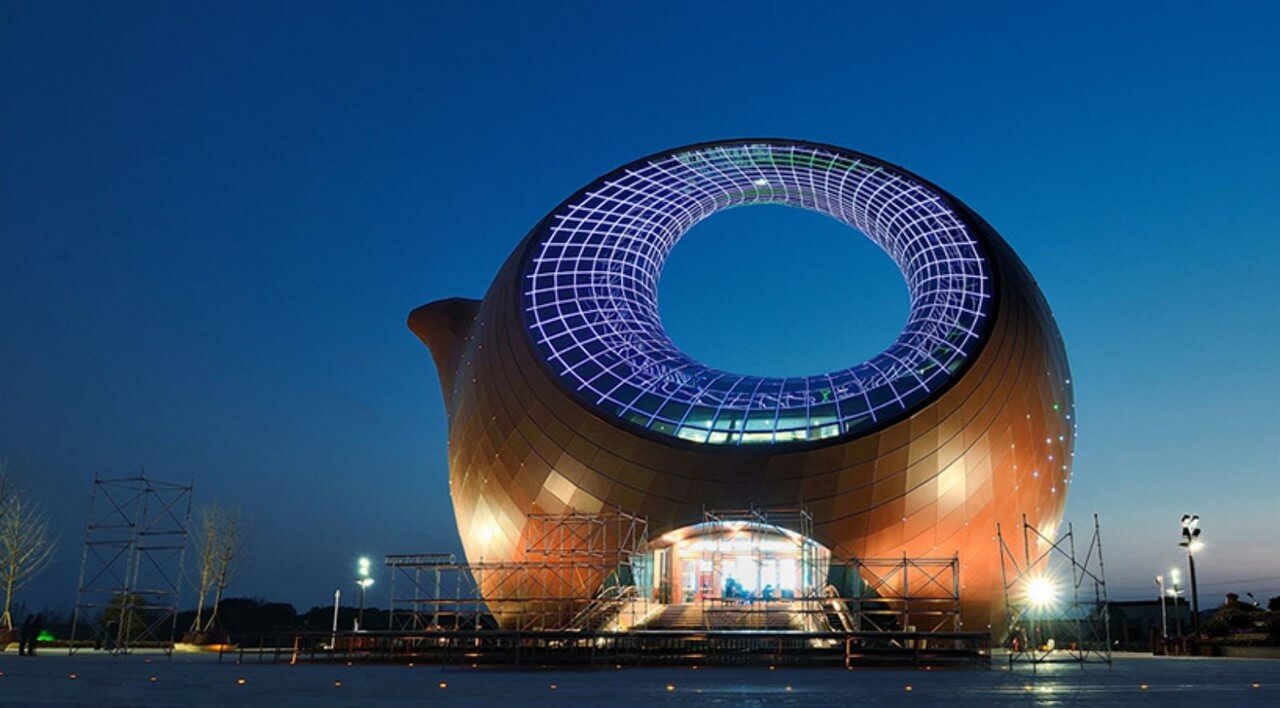